What is a pub crawl? Why it is the best way to go out? Who are pub crawl MAdrid?

What is it and where you can’t miss it

According to the Oxford English Dictionary the term pub crawl was already in use at the end of the 19th century.  A historical practice, then, born in Great Britain and then spread all over the world. It is an action of several people who, moving from one pub to another on foot, decide to drink several beers (or other alcoholic beverages) around on the same day. In short, it is a traveling evening to discover (or rediscover) bars and pubs in the city, to spend in company having fun drinking.  The rule, unwritten, wants the pubs visited to be strictly multiples of three and, for each, is mandatory at least one drink.

A tradition born overseas that has become popular all over the world. There are real tourist agencies that organize evenings of this type and there are also cities that have historic pub crawls. Above all there is the Glasgow Subway «sub crawl». In this city of Scotland, in fact, all participants are invited to drink in every pub nearby in each of the stations of the metropolitan circular route. Similar, although it is an event intended only for New Zealand emigrants, is the Circle Line Pub Crawl in London. It takes place every year on February 6, as that date is Waitangi Day, New Zealand’s national holiday. Also worth mentioning is the Monopoly Pub Crawl, we’re always in London and it’s about getting around the nearest pubs of every stop along the Monopoly Game Street.

Enough with the history and with cities that don’t concern us, let’s go to the point: how do you organize a pub crawl??? First of all, call your friends, choose the alcoholic drink protagonist of the evening, the places to stop and… the game is done. If you don’t know where to start, don’t panic, there are many associations and tour operators that organize pub crawls in major European cities. To make it easier, did you know that Madrid Party Crew is the NUMBER ONE pub crawling in Madrid?? So there is no need to say that if you are in town your best choice is to go out with us until you crawl! 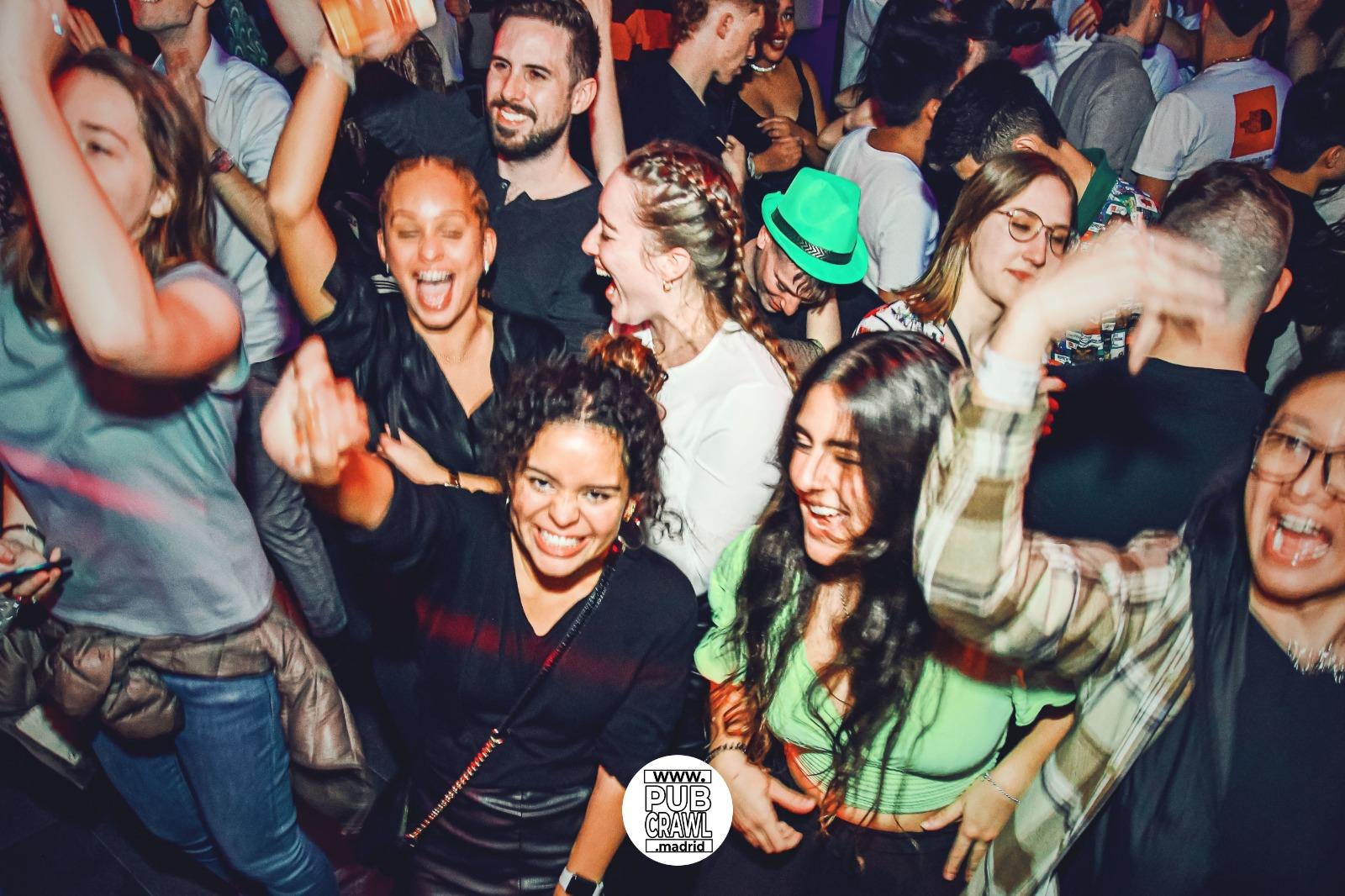 How do I join a Pub Crawl?

To participate in a Pub Crawl in some just show up at the established meeting point and pay the fee at the moment.  We prefer booking and purchase in advance of the participation ticket so that we don’t waste time collecting money and giving the change. Once you are all reunited at the meeting point we go straight inside the bar, yes, because it doesn’t make any sense to meet in a square or something (a lot of pub crawls do so!) we meet directly at the first pub

How much does a Pub Crawl cost?

Prices usually vary from 15€ to 25€ per person, but it depends on the individual case and what is included.

Some organizers offer different packages and you pay according to the drinks included in the evening. 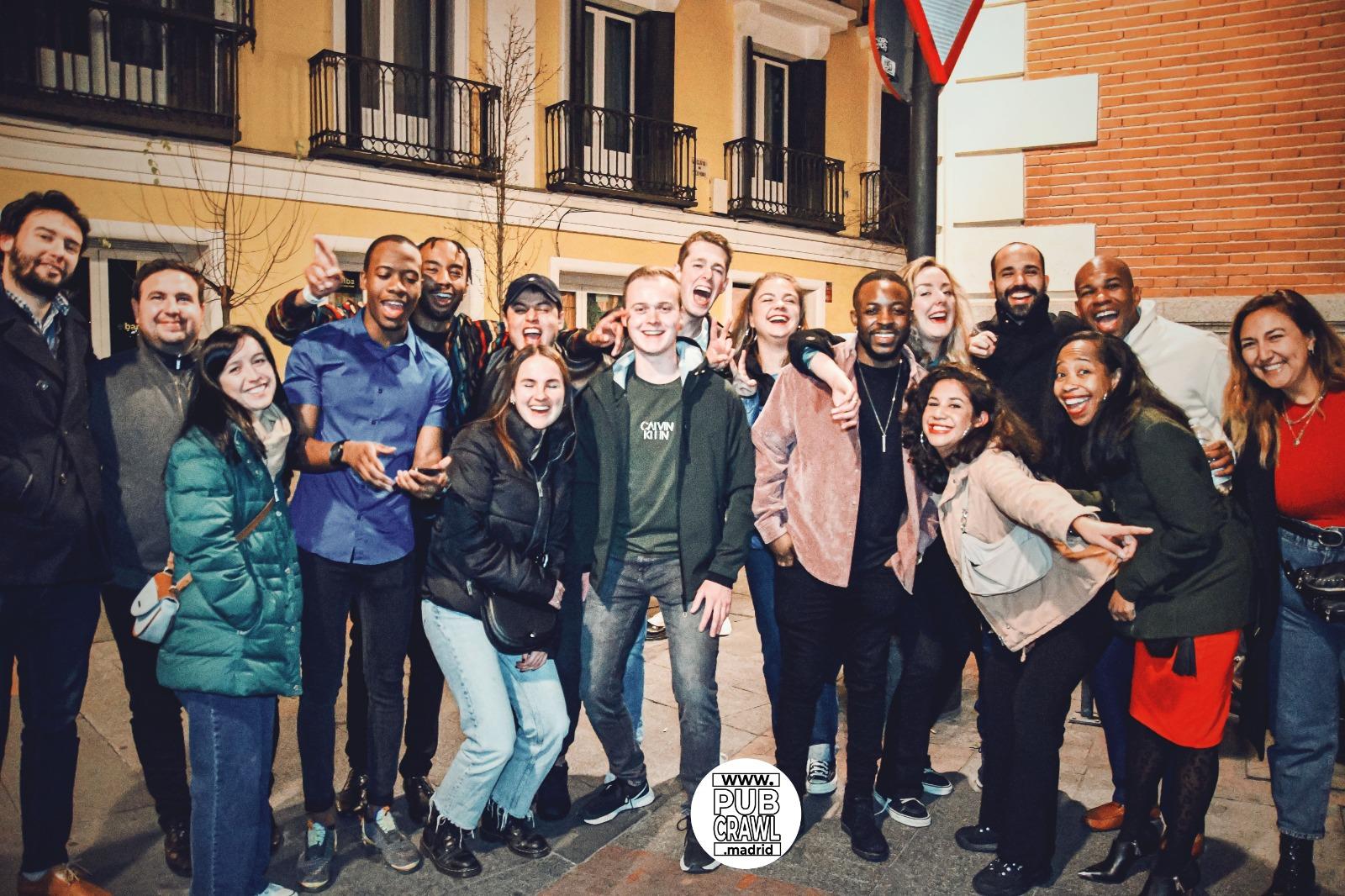 When is a Pub Crawl planned?

It depends on the organizers and the cities.

Most Pub Crawls take place on weekends, with Pub Crawl Madrid we don’t follow a schedule, every day is a good day to party! Monday, Tuesday, Wednesday.. it doesn’t matter. In this city there’s always people going out and always something to do, in a few words it is always weekend in Madrid! 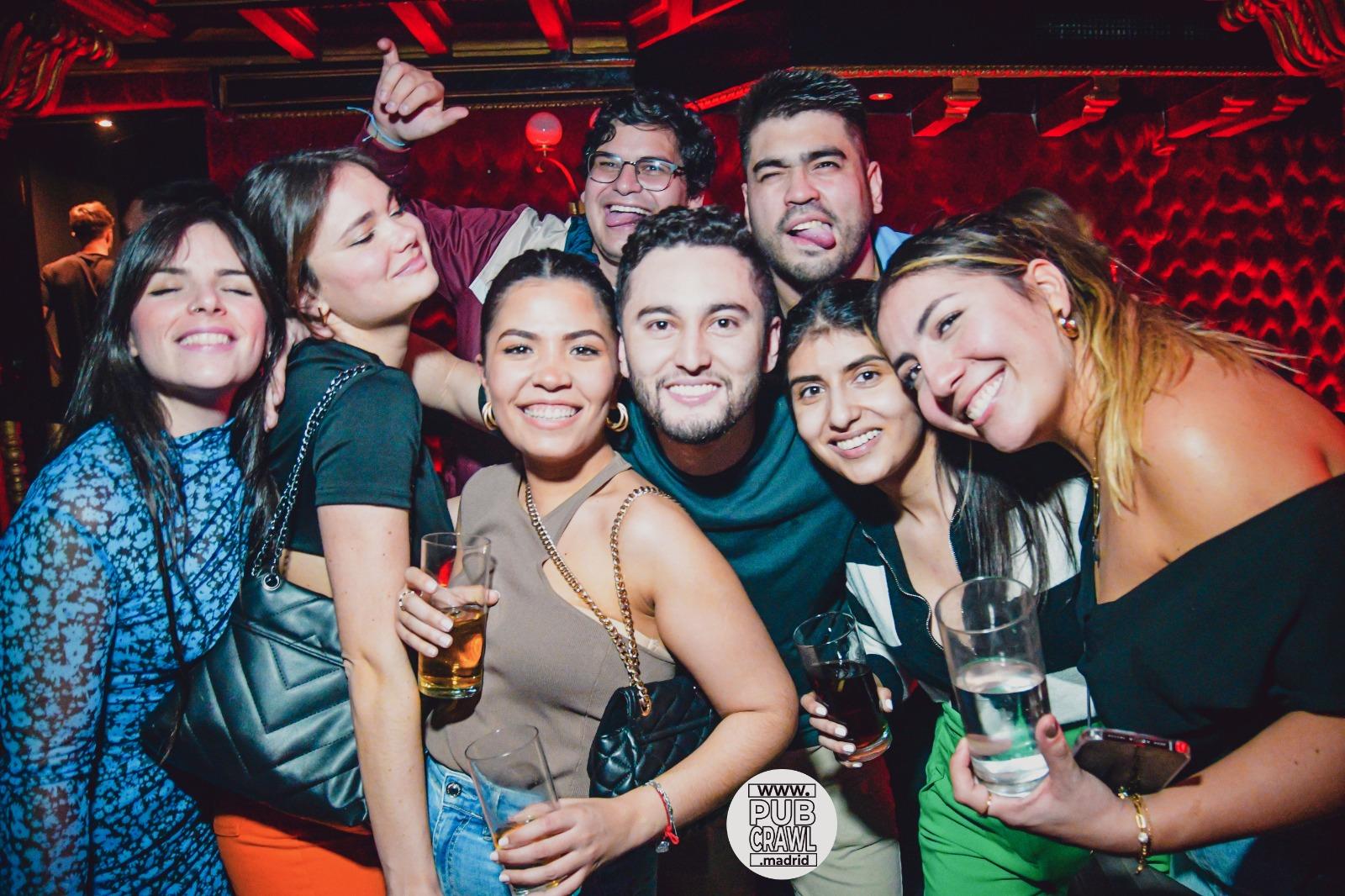 Here you have 6 reasons why a PUB CRAWL is the best way to go out in Madrid:

1. First of all,  the most obvious reason is that the fun during a guided Pub Crawl Madrid  is ensured by the guide itself. A party expert/a knows exactly which bars to visit in the evening and where to party at night.

2. In addition to our experience and skills in the field of parties, Pub Crawl Madrid guide entertains and takes care of you! We won’t move unless there is everyone in the group or unless you deliberately want to keep on going by yourself because maybe you met someone..

3. Advanced payment so that we don’t have to wait for everyone to buy their tour and we can go partying directly!

4. In addition to presenting the best bars in the city, Pub Crawl Madrid prepares rehearsals for a bachelor party for the future groom and alcohol games for the rest of the team(??).

5.  The Pub Crawl Guided Package includes welcome shots and free visits to the best clubs in the city with the luxury of VIP entry, or skip the line.

6. And the best thing is that the Pub Crawl driven costs only 15€.